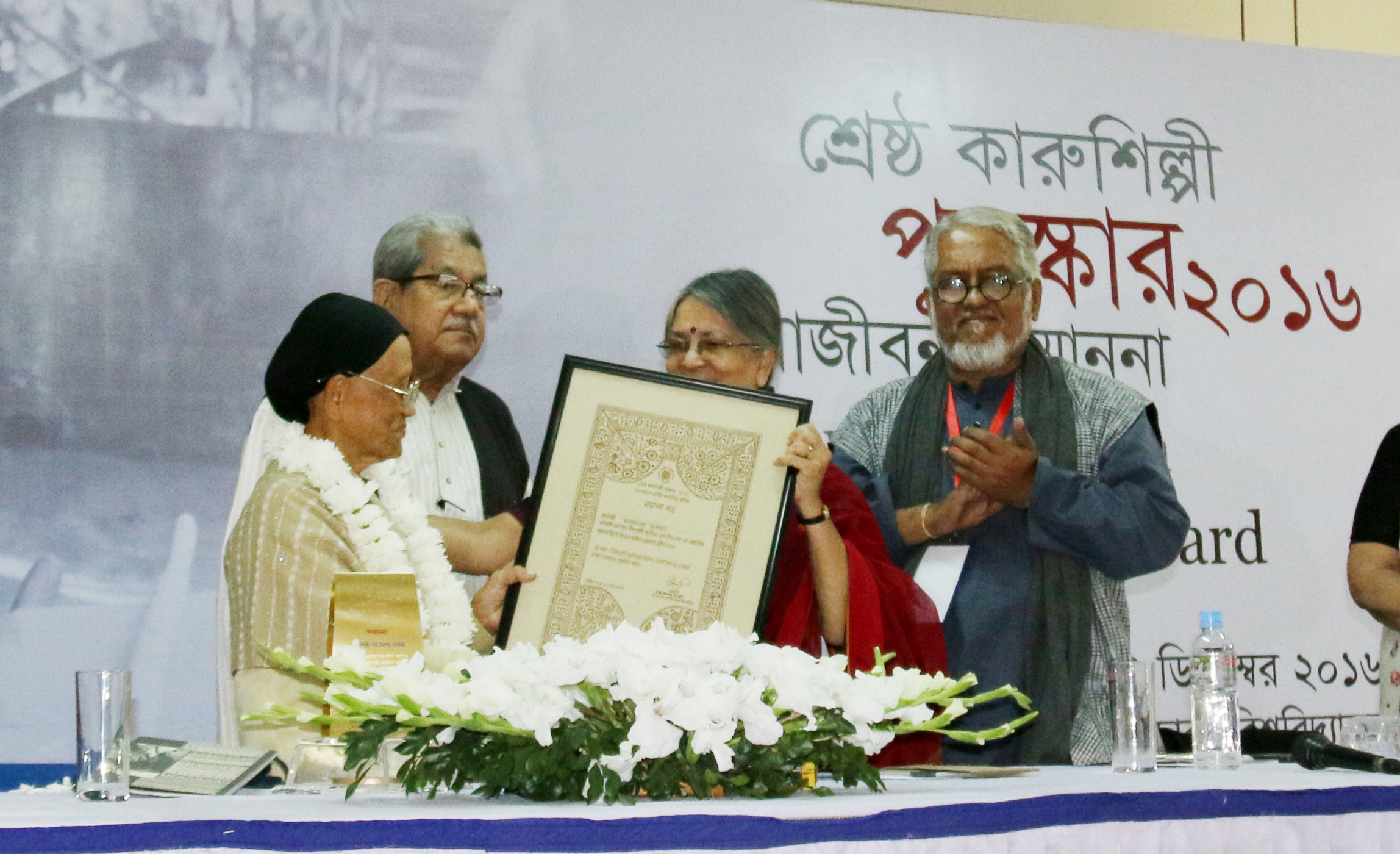 The National Crafts Council of Bangladesh - NCCB, has been playing a vital role in ensuring sustainable livelihood for craftsperson and quality assurance of crafts since its inception in 1985.This has only been possible with the encouragement and support of all well wishers of crafts.

NCCB is deeply committed to the encouragement and promotion of crafts and craftspeople of this country; its efforts are supported by its multidisciplinary membership. The engagement of its craft organization membership in this connection is highly commendable.

Every year for the Mastercraftsperson Lifetime Award NCCB selects a particular craft medium; best quality submissions are invited and collected countrywide; through a stringent process a highly qualified Jury Board makes the final selection, based on the quality of craftsmanship and lifelong contribution to the craft sector, particularly in developing the next generation of artisans. From 2016 the Trustees of A  F Mujjibur Foundation is sponsoring this awardn